Posted by Trey Rick Law PLLC at 8:41 PM No comments:

This panel is hosted by the Oklahoma Film & Music Office. 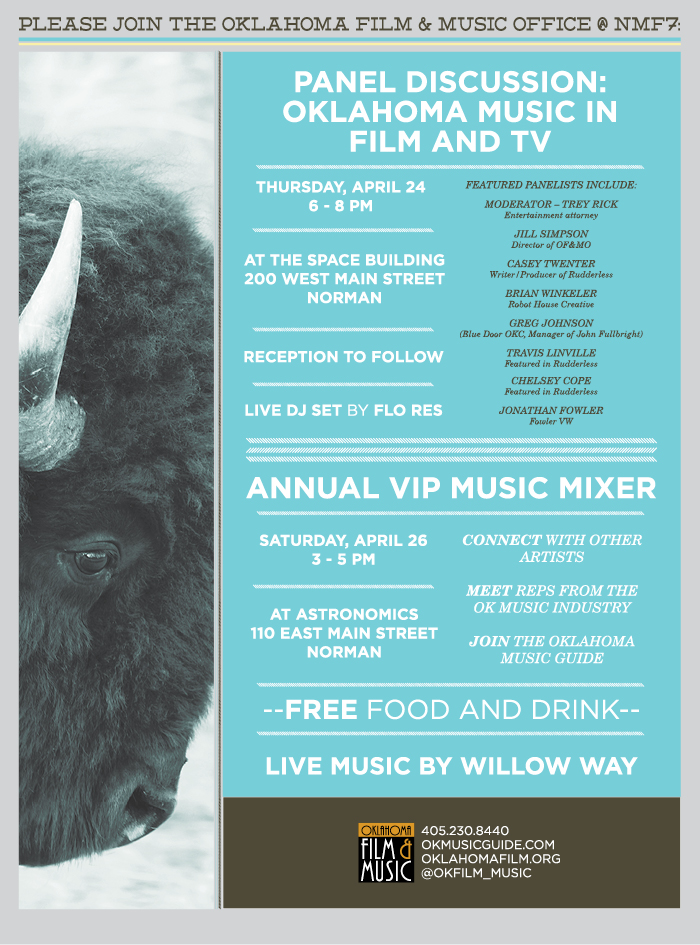 Posted by Trey Rick Law PLLC at 3:18 PM No comments:

What is a Netflix moment?

Gilligan credits on demand streaming video with keeping "Breaking Bad" on the air.

This isn't to say that Netflix Inc. didn't have its own Netflix moment -- The Wall Street Journal reports that "House of Cards" made history when director David Fincher won an Emmy for best directing in a drama series.

What about a Spotify moment?

Could Spotify ever command similar praise -- a Spotify moment? Spotify is after all an on demand streaming service.

Spotify is under fire over playlists generated by its users. Ministry of Sound claims that Spotify refuses to remove playlists mirroring compilation albums that it sells and using Ministry of Sound's name. The company's chief executive Lohan Presencer tells The Guardian, "It is not appropriate for someone to just cut and paste them."


Nope. Robin Thicke's "Blurred Lines" never came up -- not even once -- when I spoke with Van Mitchell about the music industry for his recent piece featured in The Business Times, a monthly publication of the Edmond Sun. But maybe it should have.

Our conversation centered on what new artists should know about today's music business to increase their likelihood of success (or survival) in light of changes in the way music is consumed. So, is it even worth the trouble?

Without a doubt, the landscape has changed. The roles of traditional intermediaries are either less significant or in a state of flux.


But don't believe -- just yet -- that the answer to the modern music industry's struggles is as simple as out with the old and in with the new. In the immediate future, artists and music companies would probably be best served to continue incorporating some of the old into their business models while embracing a lot of the new (e.g., interactive streaming or "on-demand" streaming). For example, the record business won't survive on sales of shiny plastic discs alone -- but it could survive on a model that involves exploiting sound recordings in diverse formats distributed across a multitude of physical and digital delivery systems creating value for consumers. Of course, that's a lofty goal. But nobody said any of this would be easy! However, it can be made easier.


"Students of the entertainment industry need to be skilled at recognizing what rights authors have in their creative works. And specifically in the music business, exclusive rights to songs are important to music publishers, and record labels are interested in exploiting rights in sound recordings. But, today, we have blurred lines."

Read the entire article in the August 2013 edition of The Business Times (Volume 5, Number 8) here:

Hosty's song “Oklahoma Breakdown" will be performed by Stoney LaRue on CMT’s first Texas shoot of Concrete Country.
From CMT:

As NMPA (National Music Publishers' Association) President and CEO said, "Songwriters are some of America's smallest businesses. When their work is illegally used or undervalued it can be disastrous and career ending."

Since the high cost of bringing infringement claims under current copyright law is out of reach for many of these small businesses, the Copyright Office is looking at potential legal remedies for "small copyright claims." Expect to see the results of its Small Claims Study in the fall of 2013.
Posted by Trey Rick Law PLLC at 7:16 PM No comments:

Posted by Trey Rick Law PLLC at 4:46 PM No comments: